Wim Wenders’s 1984 film Paris, Texas (which I have written about before), never reaches the town referenced in the title, but it is filmed in large part on location in various Texas towns from El Paso to Galveston. The final sequences take place in my home town of Houston.

Houston was a big city even in the early 1980s, riding one of the crests of an oil boom that was about to come crashing down later in the decade. But it has exploded in both population and sprawl since that time, now boasting one of the nation’s largest and most diverse populations. Houston is also infamous for tearing down and replacing old architecture, but a number of the iconic locations, so memorably captured by Robby Müller’s cinematography, can still be experienced in person.

In the scene below, you can see where Travis and Hunter first find Hunter’s mother Jane, making a deposit at the downtown Chase Bank Drive Up. In the background, cranes are visible, indicative of the construction boom that was then occurring. Another similar boom has been transforming downtown again in the last decade or so, but the Chase Bank is still there.

The bank has a four symmetrically arranged metal-covered projections, two of which house drive-through lanes. It has an almost art-deco sensibility to the architecture, giving it a visual appeal beyond the typical, merely functional look of a drive-through bank. It’s clear why it was selected as a filming location for this pivotal scene. 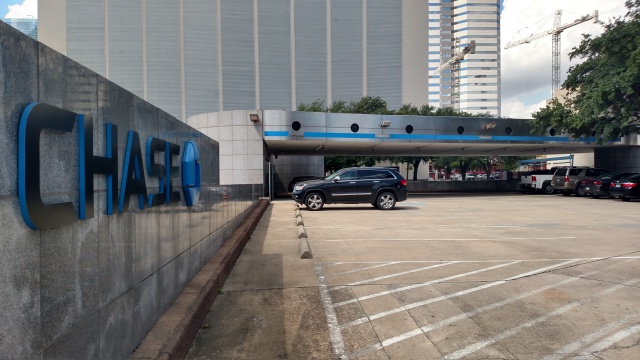 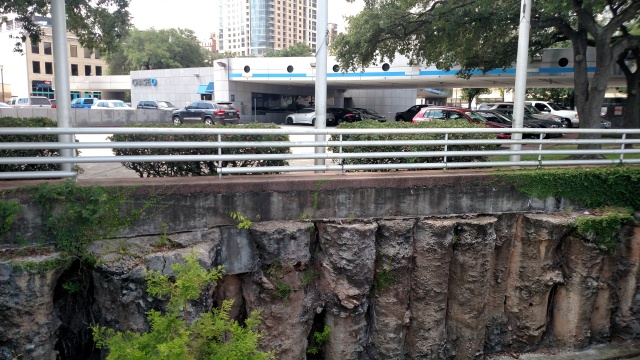 The bank sits just on the edge of one of the bayous that give Houston the nickname “Bayou City.” 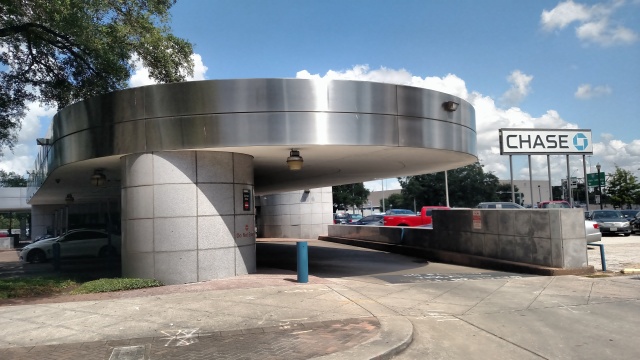 On a hot summer day, the metal still gleams in the sunlight as it did over 30 years ago.

When Travis and Hunter leave the bank to follow Jane, the freeway geography depicted is not entirely plausible, but it looks good in the film. There is a quick jump from 59N to I10W, but that’s the magic of film editing. Some of the freeway entrances and exits you see in the scene have been updated, but you can still make basically the same exit at Shepherd and Durham from I10 outbound, and turn south on Patterson. 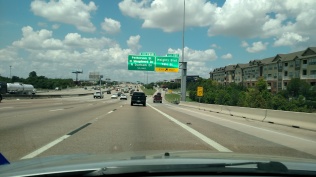 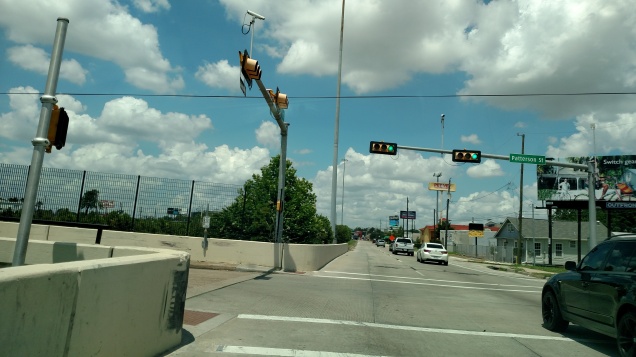 In the film, Travis and Hunter next end up in a seedy area where they find the peep show. In reality, turning south on Patterson leads to a residential area that has been recently gentrified. I’m not sure where the exterior alleyways they run into were located (and I’m not sure I want to know frankly), but they aren’t there.

The final, gorgeous shots of Travis viewing the reunion of Hunter and Jane take place on the top of a parking garage, looking over at the Doubletree Hotel. 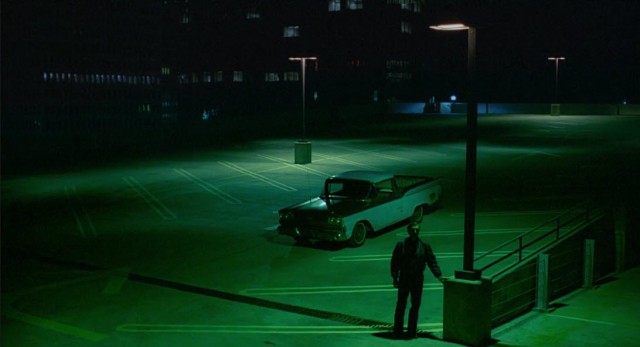 Reverse shot of Travis looking up at the Hotel.

The parking garage has been remodeled since the film was made, and I think perhaps it has been expanded to contain another level or levels. At any rate, you cannot see exactly the same parking lot, but you can still get up to the top to look out wistfully at the hotel window like Travis did. 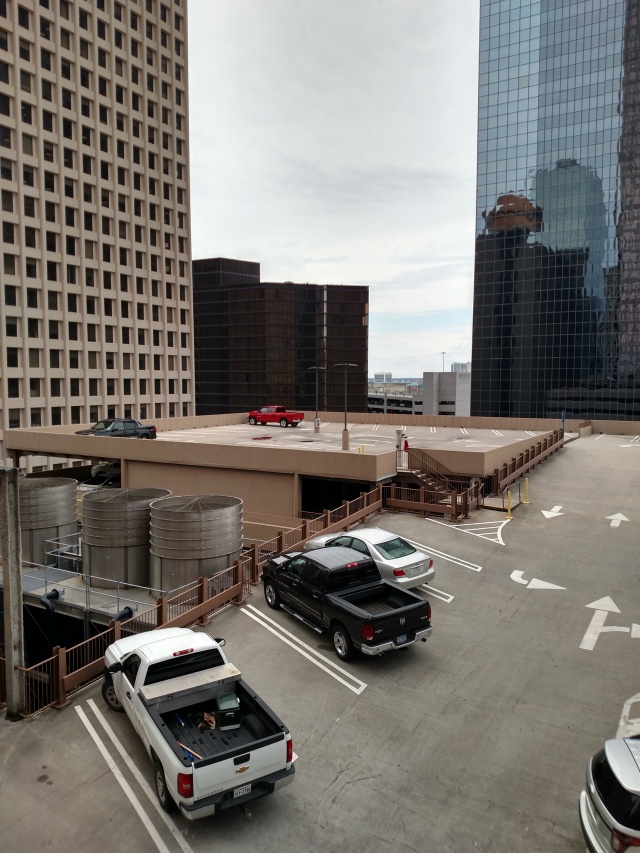 A wide view of the parking garage roof today. 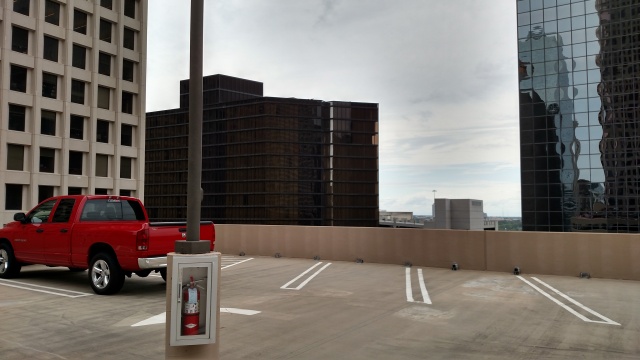 The closest I can come today to recreating the last look from Travis.

Someday I’d like to get to the parts of Big Bend where the film opens, not to retrace the steps of the film so much as to experience some gorgeous Texas territory. In the meantime, it has been fun to rediscover some iconic locations close to home.

Be sure to also check out the first two posts in this series: