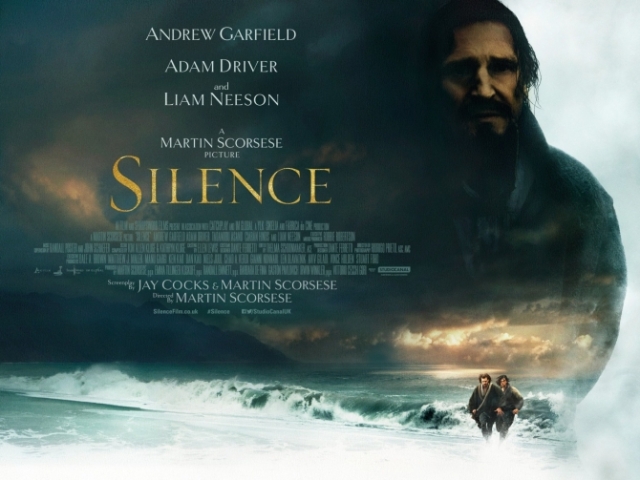 I was privileged to attend a screening of Martin Scorsese’s film, Silence, two weeks ago. It has stayed with me and occupied my thoughts for much of the time since. I can’t respond to this film as a dispassionate critic reviewing the merits of an art object, as this is a film that reaches in and grabs at the core of my own Catholic faith. I will assume for the purposes of this post that my readers are familiar with the basic outline of the scenario; if not, I will refer you to Alissa Wilkinson and Steven Greydanus’s reviews to begin with.

I would also like to share, and in part respond to, a couple of other perceptive pieces that I have read which I have been meditating over. In these cases, I have serious disagreements with the interpretations offered, but I feel that they are also thoughtful, serious, and important points of view to reckon with. I don’t think a “review” works for films like this, if by review you mean a take that can be summarized in a thumbs up/down, or given a star rating that can be crunched into an aggregate to determine its percentage of freshness. So I won’t share any of the more shallow or dismissive reviews I have read, which, sadly, have come from Christian writers of various backgrounds.

The film is about as perfect of an adaptation of Shūsaku Endō’s 1966 novel as I can imagine. Two missionaries, Fr. Garrpe (Garupe in the film) and Fr. Rodrigues, as they face torture, betrayal, and the testing of all that they believe and stand for, represent the extreme physical limits of the faith trials that most of us Americans experience only internally, or even theoretically. But additionally their intrusion into a politically motivated purging of the Western influence in Japan represents a clash of cultures that requires a complex and sensitive response even from this historical distance. These issues have not been resolved in the intervening centuries from the 17th century setting of this story.