Having addressed the issue of Awards in Part 1 of this series, I will now proceed in true Hollywood fashion to present you with a sequel which no one asked for.

Related to the notion of awards is that of lists. As I discussed before, narrowing the criteria, especially chronologically, for honoring films, can lead to problems. For example, some years there just aren’t any films that really deserve the type of recognition that suggests that they stand in the pantheon of other exemplars of cinema. And so, the list is born.

Lists of course have their own set of problems. Really, all lists are bad in some way. If they are composed by surveying a group of respondents, even experts, then they are necessarily compromises. They are an average of some sort, which can lead to some aberrations. They will also lack the personality of an individual’s list, the sense that the list is curated by someone who cares about the subject. So let’s look at the difficulties with the alternative to a committee-created list.

I told you, I am not a committee!

Individual lists can be filled with obscure or idiosyncratic choices, which can be either positive or negative. In some cases, such as this most-likely-Troll-listing claiming to be the *cough* DEFINITIVE ranking of Disney films, they are an offense to the sensibilities of all people of good will.

Recognizing the inherent limitations of the project of listing, does not mean that I consider it pointless. I owe a lot to the guidance and suggestions provided by some lists, and to the compilations found in such books as Roger Ebert’s “The Great Movies,” which are a type of list. Lists are good at compiling and documenting the critical consensus within a particular community. Lists can be a great guide to someone looking to broaden their experience with film. And even when, inevitably, you disagree with the rankings or inclusions on a list, they are a great conversation starter. It’s important to not grant a “definitive” status to any list, nor to treat any “ranking” as the total measure of relative artistic worth. Just as a baseball player can’t be appreciated merely by a list of his statistics, a film cannot be appreciated by looking at its placement in a list. Lists are the beginning of an argument, not the conclusion of one.

The first list of importance to me personally was the American Film Institute’s “AFI’s 100 years…100 Movies” list, which arrived in 1998. I came across it in a magazine, which I probably still have somewhere. I thought that I would count how many of them I had seen, ant it was likely around thirty-something. And then I embarked on a project to watch them all. It took me about 10 years to do it. Remember, this was pre-Netflix, and many of the films on the list were not even readily accessible on home video format. So I saw most of them by borrowing from the local library, and through rentals at Blockbuster (RIP) or Hollywood Video (RIP).

I found that as I watched the movies, I didn’t see the appeal of many of them, but I did greatly expand my horizons. I watched many films I otherwise would perhaps never have seen, and some which have become favorites, like Network, Yankee Doodle Dandy, and Duck Soup. I was given a context from which to appreciate other films, and an education in what was considered by “more than 1,500 leaders from across the American film community” to be the greatest films our nation has produced.

Just as I was completing my journey through the original, AFI released a 10 year anniversary update of the list. I felt that this list was markedly superior, and had some key changes that I thought were significant. Viewing some of the films on the original list, such as Pulp Fiction, and possibly Fargo was what led me to formulate the idea that lists of this type should in principle exclude films of too recent vintage. Those films, while arguably made with considerable skill, seemed too fresh to really evaluate in the context of a century’s achievements. The second version was not immune from this temptation, and perhaps upped the ante by including 4 films that were made in the years since 1998, the year of the first list. On the other hand, Fargo, (present on the original list, but absent in the sequel) was released only 2 years before the list’s publication, while the second list’s most recent release was from 2001, when six years had passed. 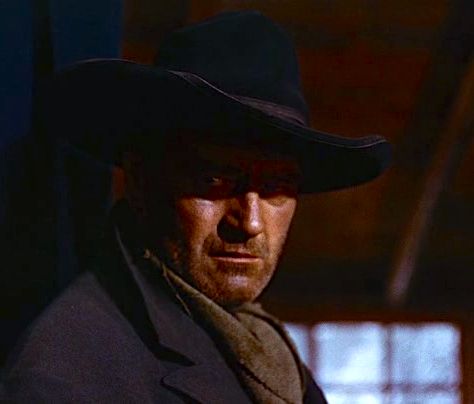 Again, I resonated much more closely with the second list. The additions of Buster Keaton’s The General, Robert Altman’s Nashville, and Ridley Scott’s Blade Runner are to me, unquestionable improvements over Giant, Dances With Wolves, and Wuthering Heights. In the rankings, too, there are some significant reassessments. City Lights, Chaplin’s most moving silent film, jumped up 65 ranks, for example, while John Ford’s complex masterpiece The Searchers, jumped an astonishing 84 spots. These are welcome changes in my view, as is the demotion of Ben-Hur.

All this talk of awards and lists was brought to mind by another recent list on the same topic which was released by the BBC a few weeks ago. That list, along with some other interesting lists for discussion will be the topic of post 3 in this series, coming soon to a blog near you.