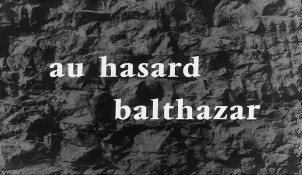 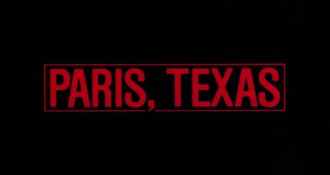 Back in June, I watched my Blind Spot selection, but due to a busy  schedule, was unable to write about it at the time. A similarly busy docket led me to delay writing on my August selection. It was more than just an overloaded schedule, however, that prevented me from writing about the two pictures. Both films gave me a visceral, moving, and in some ways unspeakable experience that has resisted my efforts to begin formulating in words. The films in question  were Robert Bresson’s Au hasard Balthasar in June, and in August the Wim Wenders picture Paris, Texas. 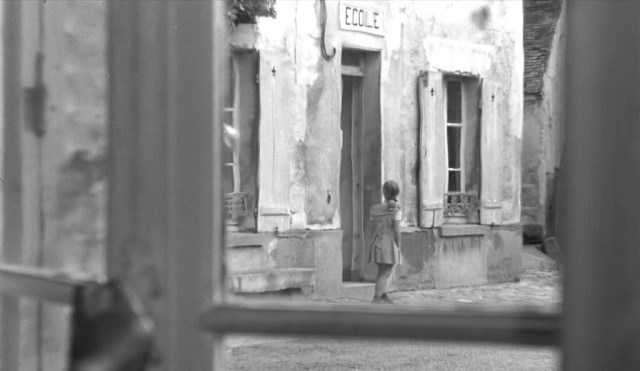 We first see Marie through this window, our view distorted by the imperfections in the glass.

Despite great differences in setting, visual style, language, and the context of their era, both films have at their center a vulnerable and abused young woman, whom we find in heartbreaking circumstances. Each film has an oblique way of approaching the emotional and physical traumas that the women undergo. In both cases the indirect presentation of their experience creates emotional echoes within both the world of the film and within the viewer. Rather than distancing us from these women, the emotional experience is intensified and made more acute by seeing them through the lens of other characters. In Bresson’s film, we follow a donkey and a town drunk through struggles that reflect the central character’s at an angle. In Wenders’s film, the young woman only appears in person in about the final hour of the film, so that we know her only through the conversations and reminiscences of other characters. In both films, such scenes discussing an absent third character give perspective and nuance to what we see of them, and inject an ambiguity which inspires compassion and restraint in our interpretation of the choices made by the young women. Both Bresson and Wenders seem to show a generosity to the women in their stories which inspires an empathetic response from the viewer.

END_OF_DOCUMENT_TOKEN_TO_BE_REPLACED

A very Russian vision of the Crucifixion.

For October’s Blind Spot post, I watched the Russian master Andrei Tarkovsky’s epic medieval story of art and faith, Andrei Rublev. The film is an episodic rumination on the connections between faith, art, and suffering as seen through the life of the the title character, who was one of the greatest painters of icons in the Orthodox church. There is more scripture recited in this film, through the mouths of characters and in voice-overs, than in any other film I can recall seeing. Faith is an integral part of Andrei Rublev’s world, but his faith is never a simple proposition to assent to, but rather a struggle with the reality of God’s encounter with a sinful world.

Andrei, his face scratched by Nature.

The early 1400s in Russia, as depicted in Andrei Rublev, is a time where political leaders are vicious and duplicitous, and the authority and influence of the Church is pervasive, until it comes up against violence that it cannot resist. Andrei is an artist and a monk, a man of deep faith and conflicted relationship to those around him. His singular devotion to his artistry leads him to wound others indirectly on multiple occasions. Early in the film he slights his artist companion Daniil with his presumption. In another episode he confronts a group of forest dwellers he encounters celebrating a pagan ritual, chastising them for their idolatrous behavior. Later, when he has been commissioned to paint a church with the Last Judgment, he delays for months, leaving his crew of workers to restlessly await his inspiration to return to work. His conflict with his society reaches a head when he kills a soldier during a raid who is attempting to carry off a woman to rape her. After this, he remains silent for years as penance for killing a man, and even gives up his painting to perform menial labor in the monastery where he lives.

END_OF_DOCUMENT_TOKEN_TO_BE_REPLACED 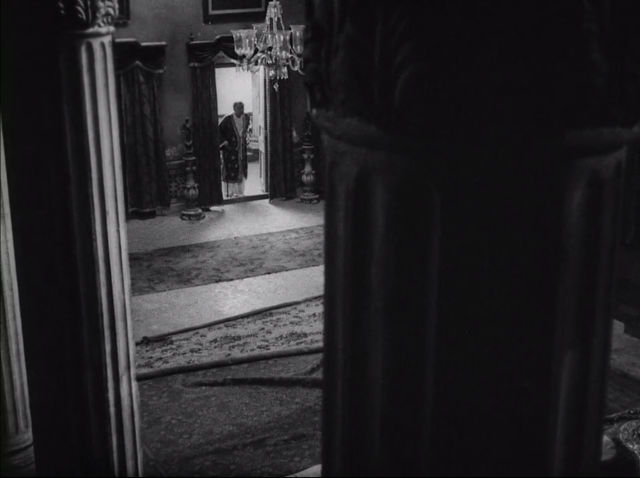 The Music Room, which dominates the fate of its master, looms large over his figure in this striking composition.

The great Indian Bengali filmmaker, Satyajit Ray, released one of his most renowned masterworks, The Music Room, in 1958, just prior to the third film in his Apu trilogy. This film, based on a short story by Tarasankar Bandyopadhyay, is in a completely different mode of storytelling than the epic and realistic style of the Apu films. Though it contains no elements of magic or mysticism, The Music Room is essentially a fable, packed with symbolism but nevertheless remaining grounded and humanistic. Mirrors, a chandelier, insects, a cane, all play a role as powerful visual symbols in Ray’s story. But the role of sound and music is most important of all, with some of the most absorbing musical performances I know of in the movies.

For a synopsis of the plot, I invite you to read Roger Ebert’s “Great Movies” review. For myself, in watching this film though I was very aware of the cultural gaps between myself and the world portrayed in the story, I still was moved by the essence of the human drama and the universal themes that Ray explored. In his essay for the Criterion release, Philip Kemp writes, “Ray himself, believing it too culturally specific to attract non-Indian audiences, ‘didn’t think it would export at all.'” Ray was mistaken, of course, since this has come to be a film beloved around the world. But still, there is some truth that there would undoubtedly be more depth of feeling if I could understand the art of the film from the inside, rather than as a foreigner.

END_OF_DOCUMENT_TOKEN_TO_BE_REPLACED

The Groom’s cake has an unusual theme.

I have been gradually making my way through the filmography of the great Akira Kurosawa. Thanks to some bargain eBay purchases, the public library, and a three month subscription to Hulu, I should be able to access just about every one of his films except, I think, Dersu Uzala. I recently watched his adaptation of Gorky’s play The Lower Depths. That was the first time seeing a Kurosawa film that I didn’t take much away from it. It contains a lot of scenes of miserable folks wallowing in a squalid tenement, with the only real plot elements coming from a love triangle (or maybe a love rectangle) between a thief, the landlord, the landlord’s wife, and her sister. To me, it was a great example of the difficulty even a master filmmaker like Kurosawa can have in translating a stage work into a successful film. Dramatic forms that seem so similar (plays and narrative films) are really far apart it seems in their means of artistic expression.

END_OF_DOCUMENT_TOKEN_TO_BE_REPLACED 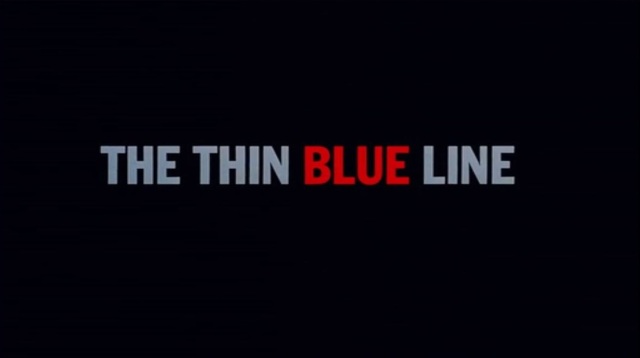 Though Errol Morris has been increasingly prolific in film and television work since the early 2000s, his first few works were released more slowly. Prior to his 1988 documentary (or “nonfiction film” as some would have it) The Thin Blue Line, he had only made two other films. His 1978 debut, Gates of Heaven, is an eclectic examination of the owners and patrons of a pet cemetery, which manages to evoke deeply spiritual and human concerns despite—or because of—the sometimes vain and superficial subjects. Roger Ebert praised it in the highest terms, as “one of the greatest films ever made.” It was his “Great Movies” review which inspired me to take a look at Morris’s work for the first time.

END_OF_DOCUMENT_TOKEN_TO_BE_REPLACED 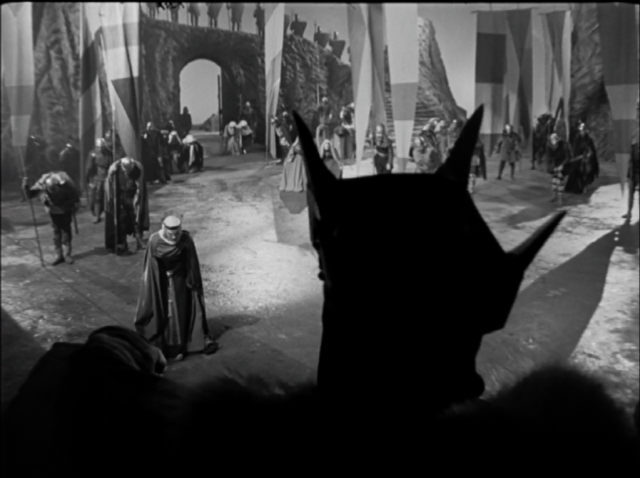 All hail, Macbeth, thou shalt be king hereafter!

Orson Welles’s adaptation of William Shakespeare’s Macbeth is a fascinating and partially successful experiment in translating the play from stage to film. Welles of course had a background in both theater and radio, and the legacy of both of those realms of experience is evident in his ambitious adaptation. What follows are some notes on my first viewing of the film, along with some insights drawn from Peter Bogdanovich’s interview book This is Orson Welles (edited by Jonathan Rosenbaum, 1992), and from the invaluable Wellesnet.

END_OF_DOCUMENT_TOKEN_TO_BE_REPLACED 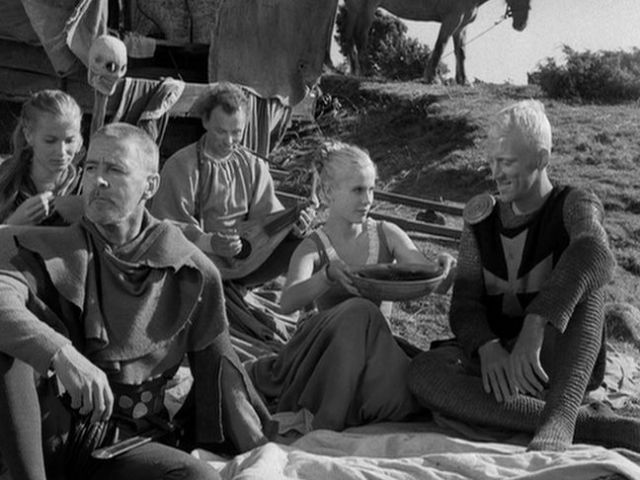 Death is always behind them.

Perhaps no other film is more emblematic of the “Foreign Art Film” than Ingmar Bergman’s 1957 opus, The Seventh Seal. Endlessly referenced, parodied, and canonized, it seems that everyone who loves film has to see this. So as far as Blind Spots goes, this is a big one.

The film itself had become in my mind, before I had yet seen it, already burdened with the imposing weight of Greatness. And the stark image of Death with his arm stretched out and the black cloak billowing was already so familiar, that I expected an overburdened seriousness to pervade the film.